Ben Jansen was chasing something a little different when building his choice of modified car and boy did he find it. Sure, he likes Monaros and Camaros and most types of muscle car metal but then he stumbled across this ’77 Pontiac Trans Am it struck a real chord.

“Initially, I was searching for a two-door coupe of some type that had power windows and had a large capacity engine in it from factory. The choices were kind of limited, as was my budget, so it was a matter of really looking around. This was right back in 1999 too, so the American cars really hadn’t flooded the market as yet. I found the Trans Am and immediately fell in love with it. The body was in great nick but it only had a standard drive line set up. I was told that it had previously received the flared guards to it before it came to Australia in 1980. I reckoned it looked pretty damn tough so I snapped it up,” explained Ben.

For the first few years Ben drove the car every day, to and from work. The old 403-cube motor drank plenty of juice but did okay on the performance side of things too. Inevitably, like it always does, the idea of having something a little more serious under the bonnet got the better of young Ben and pretty soon he was cooking up some ideas. “I liked the thought of trying to stick with the Pontiac mills but after a few hits and misses with a 455, I decided to just go with a Chev. The biggest I could find at the time was a 540-cube deal and that was the one.” Thinking he had done himself a favour by getting rid of the Pontiac motor and going for the Chev, it actually opened up another can of worms for Ben. “If it was tight when I had the old 455 in it, well I should have known the 540 was going to be an absolute mission to fit. We had to modify the cross members and also fabricate custom pipes. Nothing was really made to fit the right-hand conversion of course.” While he was cursing the car and throwing tools around his workshop, I would like to think that Ben was finding some sort of peace within as he thought about the sort of pain the 540 was set to inflict on tyres.

To make sure that horsepower was the remedy to Ben’s problems, Phil and the boys at Chevpower treated the 540 to all the good stuff.  AFR 325cc Rectangle Port Magnum heads get the part started nicely, letting the engine breathe harder. Internally, a SCAT rotating assembly with forged SRP pistons adds some strength. Attitude is delivered by a solid roller cam and of course, you can’t go past those 1050cfm Quickfuel 4500 carbies hanging way out of the bonnet thanks to the Edelbrock Victor Ram 2R manifold. “With the old combo, the car ran a 10.8 @ 124mph before I got booted from the track for not having a cage. The car now has the tunnel ram and a big duration cam, as well as the caltracs and wider ET streets too. I am sure it would run faster now and I would say the car is making around 550hp at the tyres.” 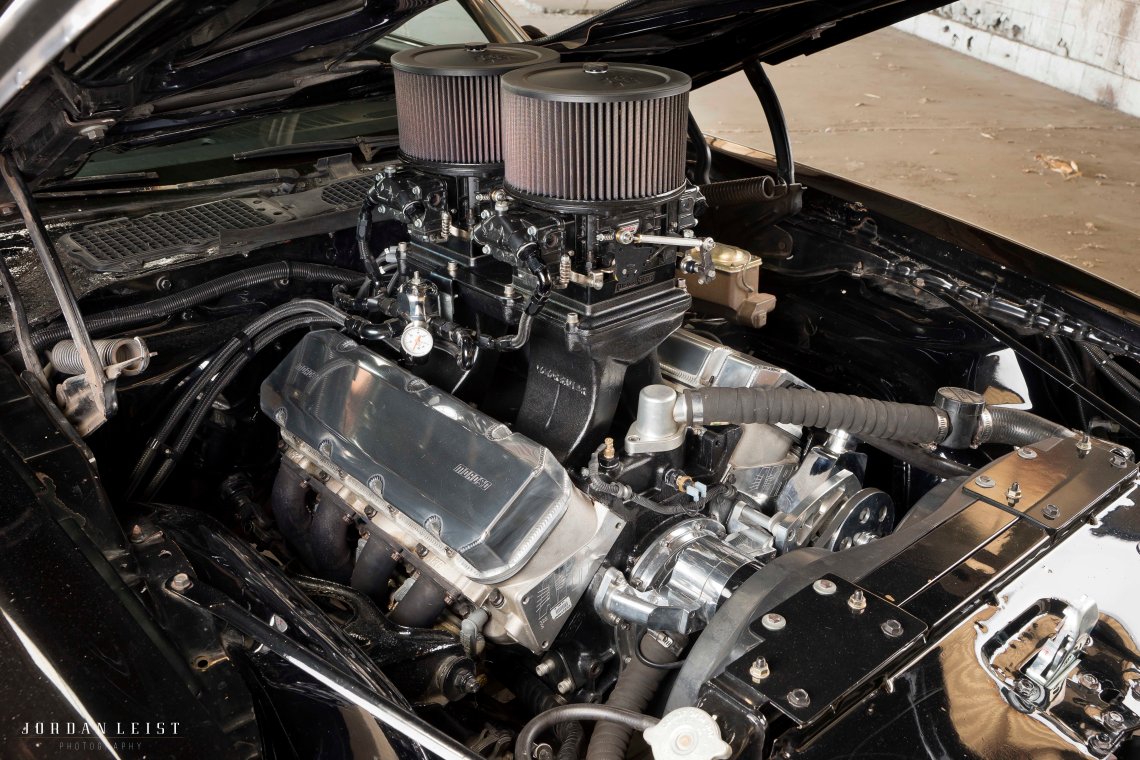 Slotted in behind the big block is a reverse-patterned, Turbo 400 ‘box with a TCE 5,000rpm converter. A sheet metal 9-inch with 35-spline axles and 3.55 gears take up residence between those pumped rears guards. Koni suspension components help the old girl stay on track and inside the car, lays a fairly standard looking cabin.

After spending the last few years beating up on the car, Ben is headed in a new direction. “I am currently building up a HZ wellbody ute that will end up with the drive line out of the Trans Am, so the Trans Am will eventually end up with a more streetable set up so I can do more cruises and general driving around. Maybe another big block or something different all together, I guess only time will tell.”