The story behind this incredible 1978 Porsche 911 is steeped in negativity but ends with two blokes being reunited with a Viper Green Porsche and brought together with a dream build. 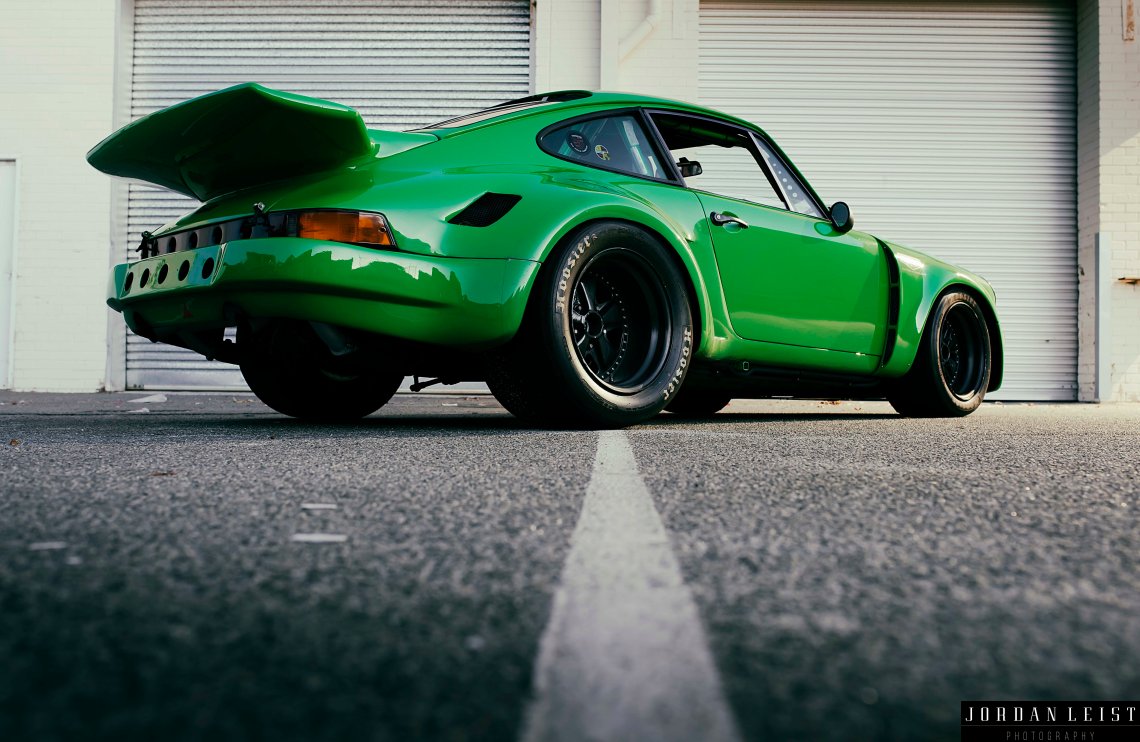 Initially; Brendan Anesbury, one of the names behind Perth’s Porsche specialist workshop, Ktec Autohaus, built this green machine in the early 2000s for himself. “I scraped together spare parts, collected broken bits to repair and over the years raised the funds to finally build my first 911. It was an IROC-spec example that went hard and looked the part. I was in love with it,” explained Brendan. Sadly, the love story had a rather abrupt ending. “My business partner at the time decided to leave, and all he wanted to take for his share of the business was my car. For whatever reason he had, he just wanted that, and I had to deal with it.” Doing what was best for the business and looking towards the future, Brendan relinquished ownership of the car and moved on with his life. As luck would have it, the ex-business partner took the car rallying in the hills of Tasmania and arseholed it into a tree. The damaged rear guard was just the tip of the iceberg, with pinched oil lines, the motor was starved of the black stuff and abruptly seized. The car was left ruined in a workshop for a number of years. In 2012 the car reappeared; when a Ktec Autohaus customer at the time, Brad Kidd, was on the lookout for a new ride, after having to forfeit his beloved Viper Green 997 RS after an ex-business partner left him high and dry a few years earlier. “Brendan told me his old car was back in Perth and the owner was definitely in the mood to sell. I knew how much Brendan loved the car so I snapped it up so he could have another play with it,” said Brad. Fast forward to 2017, and the lads have been business partners in Ktec Autohaus for a few years now, and the 911 has never looked better or gone harder. “It was one Saturday afternoon that I was bored and kicking around the shop with Brendan that I discovered the RSR wide body kit that he had hidden for another build. It was like a lightbulb went on in my head,” laughed Brad, he continued, “whilst everyone was slimming these cars and aiming to make them look standard, I wanted us to head in the opposite direction. The wider the better, the angrier the better!” Brad is the first to admit that he and Brendan like to walk different paths, do things their way and build cars that excite them. They create machines for themselves, if others appreciate their efforts, well, that is a bonus.  With that ethos in mind, the wide body kit suited the new plan of attack. The real challenge though was going to be getting the car ready for its debut race meet – the Adelaide Classic that was happening in just three months time. Being much, much wider than the original IROC-spec body, the car needed larger wheels so the Fuchs rims were widened and now measure 16×10 ½-inches on the front and a healthy 16×13-inches on the rear. Hidden behind the black spokes are Turbo 930 brakes to add a retro look to the build. They still do an excellent job at pulling the car up though. Coil-overs compliment the racer image. Inside the cabin is retro-packed too – the race seats, cool gear knob, full rally-spec cage and the plethora of gauges and switches tell you that it’s far from a restoration. The Motec M4B ECU is tucked down in the passenger kick panel and is in charge of all the noise and anger coming from that curvaceous rear end. If you ran your own workshop, you would want your own car to go like shit off a shovel right? Of course! Brad had the skills to deliver just that, which was super-important to Brad, who is an ex-championship winning Porsche racer. Built for torque more than all-out horses, the 3.6-litre donk wears JE 11.5:1 pistons with Pauter rods and the ported and polished heads make the flat-six breathe much better. The old carbies got the boot and are replaced with throttle bodies. Under the rear rests the custom twin-system that spits flames with a simple kick of the go pedal. A 915 ‘box with a 4-puck race clutch is matched to an LSD rear. One thing the car did at the Adelaide event on debut and which it still does now – is draw people in. “I would just park the thing up after a run in the rally and go and grab a beer. As soon as I pulled up, people would walk past the Ferraris and other Euros and head straight to the RSR. They loved it. People still stop and stare at it or bend over backwards to get photos of it,” laughed Brad. I was assured that it goes just as well as it looks. “It goes hard. The throttle response is great, the larger sidewalls on the tyres make it a little friendlier in the corners now and the sound of it, well, that is something else. The car is insane, and you can’t wipe the smile off my face when I am driving it on the street or when I am in battle mode on a circuit.” 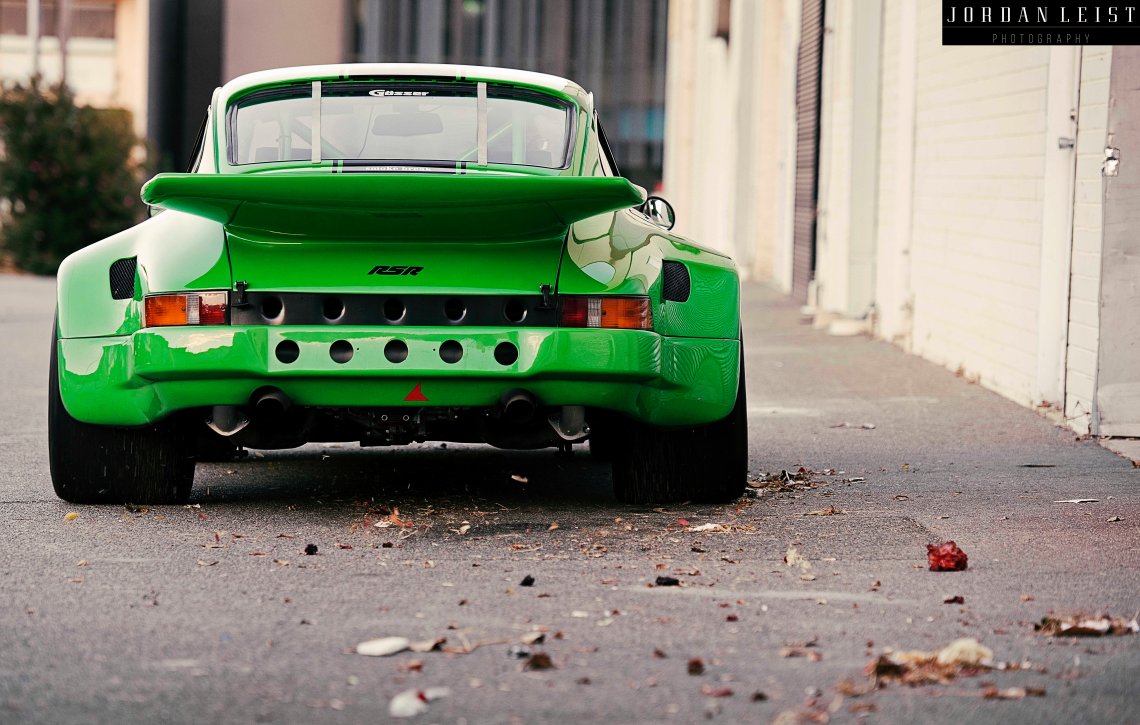 So, after both losing Green RS Porsches in shit deals, the blokes both scored a Green Porsche back, started building the second-generation life of Ktec Autohaus business together and even I fit into the story somehow – I photographed the original car in 2010 for an Aussie publication when I was just a rank amateur, and here I am now, a Speedhunter. It all goes full circle!