Cody Clements exhausted all types of sources to locate parts for his classic 1952 Harley Davidson Panhead chopper. It was a combination of traditional methods and some non-traditional ways to find the right gear. He scoured swap meets, classified adverts, mates’ sheds and even Instagram pages for parts. “It is amazing to think that parts for the bike have come from all over the world thanks to Instagram. People advertise a heap of cool stuff on the pages I follow, and it was a resource I never even considered using two years ago before I bought the motor and started the build,” explained Cody.

That motor, which was sourced locally in Perth, is a 1200cc ’52 Panhead fitted with a single SU Primo II carby on a forward swept manifold topped by a custom air cleaner assembly. “I took a bit of a gamble with the motor, to be honest. I was told it had been rebuilt so I took the guys word and it wasn’t until a year later that I fired it up on my workbench that could I breathe a sigh of relief. It sounded incredible, and I was rapt,” said Cody.

One thing that you can’t miss about the engine is the chrome work and polishing – the combination looks incredible: “The engine, and most of the bike actually, is a combination of old and new cosmetics. I would judge all the parts on their own merits – if I thought I could clean it up and polish it myself without re-chroming or painting it, I did just that. If I couldn’t, it was redone. It was a cost-cutting measure but also a way to pay homage to the way guys would have built bikes back in the day. They were like hot rodders – they made the most out of what they could find. It was part of the fun, taking something you found, modifying it and then using it. It didn’t all have to be new. For me, I loved finding the stuff they used on their bikes and fitting it to mine. I think that sort of thing is pretty cool.”

It is all well and good to have a dope engine, but there is a little more to creating a cool bike than just that. Cody sourced the rigid Panhead frame from the USA and worked his magic on that. He de-tabbed it, smoothed it off and then created an invisible mount for the 1970s GME Coffin tank which was purchased at a local swap meet. “It was exactly what I was after. GME was a brand that did big things back in the day, so it was a must-have item for me.” Of course, that tank didn’t look that good when Cody purchased it: “Painting the bike was one of the biggest things for me. I like to do all of the work myself, from the fabrication to the engine and anything in between. My old man and I could have done the paint, but I thought we wouldn’t really nail it like the bike deserved. Handing it over to somebody else to paint was nerve-racking.”

Cody shouldn’t have worried though because it was a mate of his father that did the top-notch job on the beautiful paint-scheme over the tanks, frame and modified guards: “Ryan at Custom Modifications was awesome. As soon as I told him the idea I had he was on board and knew just what I wanted. All of the colours are from DNA paints and are custom mixes created by Ryan. I wanted really heavy metallic without resorting to metal flake. In the direct sunlight the colours are incredible,” remarked Cody.

A Chopper wouldn’t be a chopper without some bad-arse forks and a crazy wheel combination of course: “The 1970s AEE springer set up was an awesome find for me, and after seeing some cool rides over at the Mooneyes show in Japan, I decided to build my bike with a similar stance – more upright and a little shorter overall. I cut my handlebars to suit that style too.” The front of the bike has no brakes at all on the ribbed-spool hubbed, aluminium rim, but the rear Star-hubbed rim features a hydraulic brake assembly. 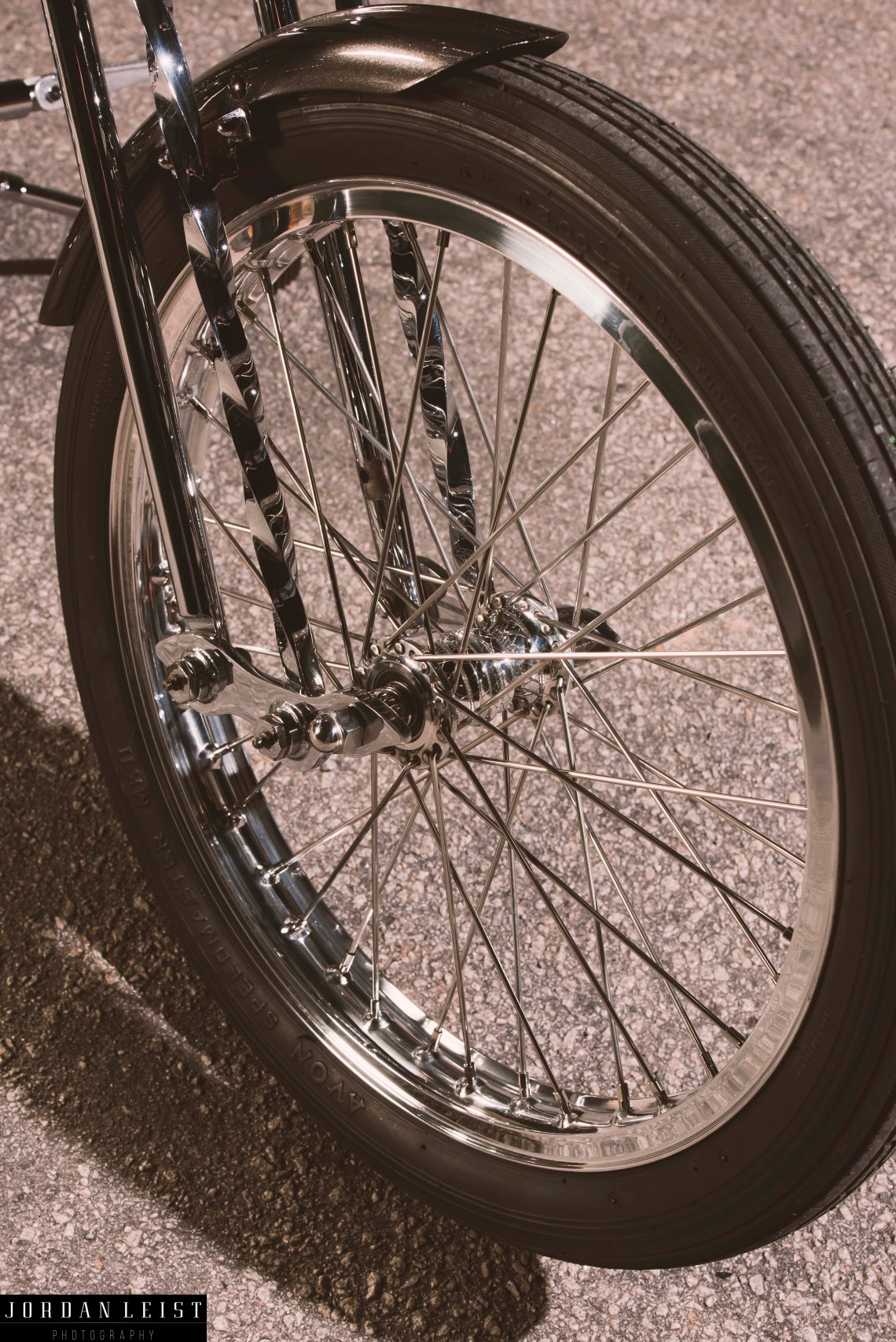 The King and Queen seat was another awesome find for Cody. It came off a bike that was built in the 70s here in Perth, and it was in such good condition that he didn’t need to re-trim it. He fabricated the sissy bar himself to suit the seat and to match the forks. “When I look back over the build, it has been quite the experience. When I was back from up North there was always something to do, buy or pick up. It was a huge challenge, especially leading up to its show debut, but I am glad that I pushed myself. I have achieved my dream of creating my ultimate 70s chopper, and I am damn proud of it too.”