This could have been another neat and tidy VL Calais with an RB30 turbo and Convo Pros, but Perth’s Steven Gledich had other ideas. Bought as a roller out of Melbourne, the car was already set up with mini-tubs, a 9-inch, slicks, wing and even a parachute mount. “It was not a bad thing when I got it, it was a champagne gold colour. I always wanted a clean VL and this was a great starting point,” explained Steve.

The hat has a story all to itself, sourced by George Separovich through Jim Campos – who brought his Pro Mod to our shores back in 1994 to race the Aussies in the early days of doorslammers – who had a friend that got it off the Don Schumacher Racing Top Fuel team. “George brought it back with him from the US on the plane, he had that big thing sitting next to him [laughs]. I can’t sell the hat to anyone because someone might copy it, they said to George: ‘If he wants to sell it, we’ll buy it back.’” Speaking to George, he said they had to show photos of the car that the hat was going on: “They didn’t want to sell it to us until we showed them that it was going on a [street] car,” and when asked about what was different about it to a regular hat, he just said: “It’s just massive, just a really, really big hat and it’s a one-off. They designed it and all the butterflies and shaft are made in-house at Schumacher but the actual body was made by Aerodine.” 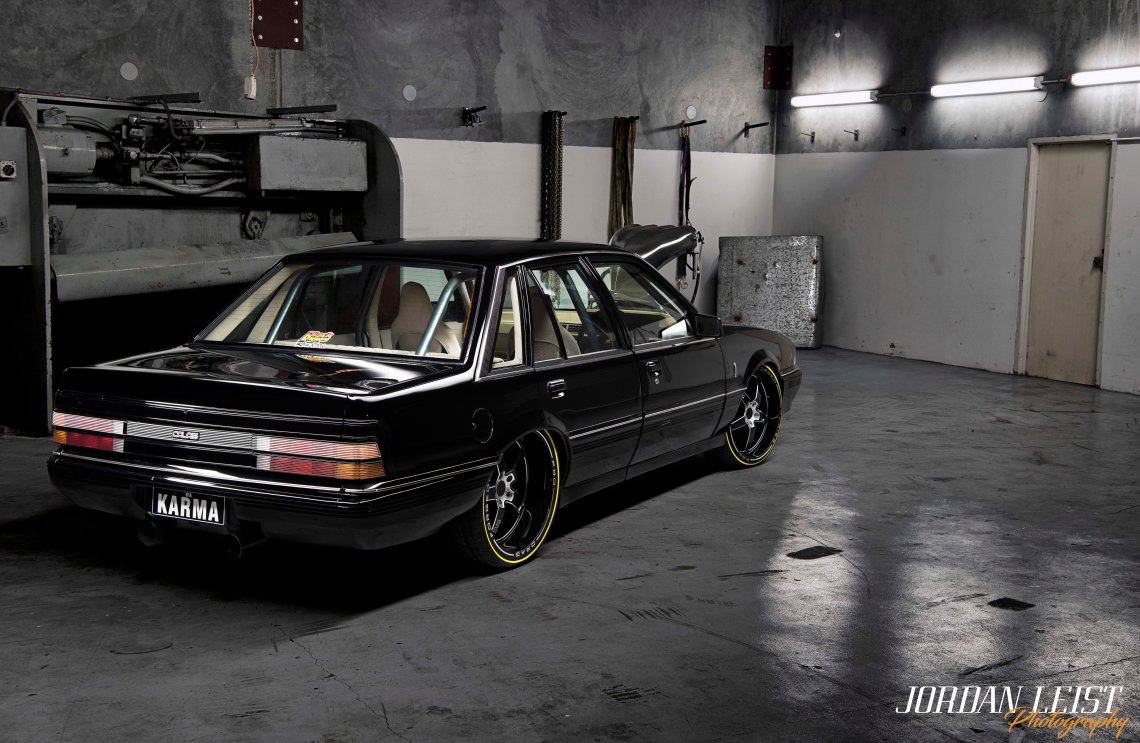 A big hat needs a big motor, but while it is a big-block Chev, it’s not much larger than the biggest factory option. At 480 cubic inches and with a very oversquare bore/stroke ratio, this baby is born to rev. Screwed together by Dave McKay, it’s based around an aluminium tall-deck Brodix block and BB-3 Xtra CNC ported heads. Inside it’s filled with bulletproof components sourced from Blown Motorsports; a Crower forged crank, Oliver billet rods and CP custom forged pistons sort out the rotating stuff, while a Crane solid roller with Crower lifters and T&D billet rocker arms make sure those big valves open and shut in time. The other feature of this car that makes it stand out from many other VLs is its stance. It’s tough to get a set of 20s under a VL and not make it look like a door wedge on roller skates. Those of you that have already looked at the engine bay photos and may be familiar with VLs will have noticed something is missing in there – yeah nah, we don’t mean the RB30 – we’re talking about the strut towers.

While that crazy engine was going together, Steve took the car down to Geoff Black at Black Magic Race Cars for a doorslammer-style front suspension set up: “It’s got Strange struts in the front of it with a manual Flaming River rack that we cut down to suit. We also fabricated the suspension arms and machined aluminium hubs to adapt the biggest Wilwood brakes and 6-spot calipers we could get.” That wasn’t the only work they did: “We also did the tunnel and firewall and it’s got a raised floor in around the gearbox for the exhaust. Where the seats sit and all the original mounting points is all still the same.”
It’s all pretty tidy inside as well with a set of Kirkey race seats trimmed in velour and stitched in a diamond pattern. That theme carries on to the door panels and the token rear seat, which is really only for the brave of heart or feeble of mind. At least there’s a six-point cage, complete with “Jesus bar” – because if you’re in the back seat you’ll be holding on for dear life and screaming “Jesus!” when Steve sinks the boot in – that was already in the car when purchased. Being a top-of-the-range Calais it’s got electric windows, and yes, the signature pop up headlights do still work. 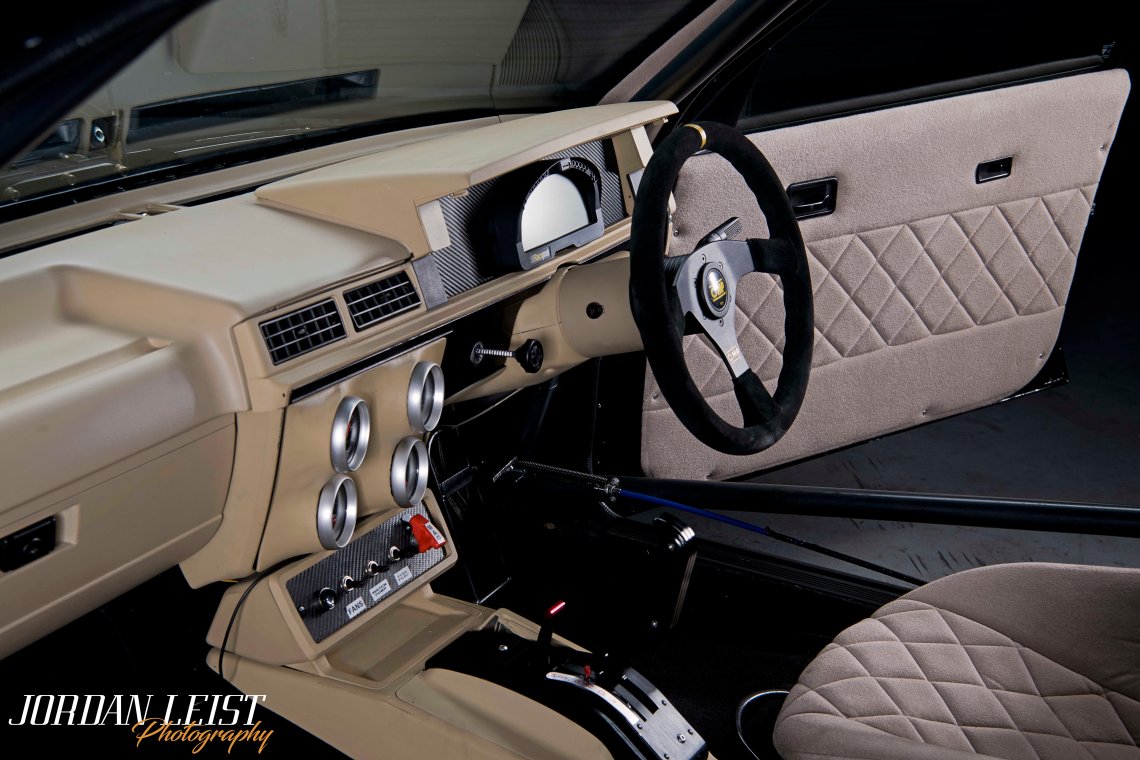 A Racepak dash and data logger keeps track of things and a B&M Pro Ratchet shifter picks the gears in a Dedenbear-cased Powerglide that’s been fully manualised and fitted with a transbrake. Fremantle Torque Converters supplied a 4800rpm stall converter to make sure that methanol-fueled monster gets on the noise quick smart.

The car already came with a 9-inch and four-link, although BMRC did change a few things to get the four-inch pipes right through to the back. Phil Purser from Final Drive did upgrade the diff with 40-spline billet axles and there’s a full spool and a set of 3.5 gears.

To finish the car off, Steve wanted to replace the original champagne gold colour with something a little tougher, so it was sent off to Mark Cook from Allbrite Panel & Paint. He smoothed the body to perfection before laying on the Jet Black finish. The body mouldings and bumpers also got the Jet Black treatment, and while it’s all as smooth as a baby’s proverbial, the classy Calais badges went back on the nose and front fenders.
Steve admits that he may have gone a little overboard with the engine, but we won’t hold that against him. “I built the car for burnouts, but burnouts wreck a car. Fair enough doing laps around Powercruise or West Coast Nats and doing powerskids, I love doing that. We went that wild with it, I said to George: ‘I want that much power that I don’t know what to do with it, I want to be scared of it.’” On the Blown Motorsports chassis dyno the car made 1450hp at just 4500rpm and it will easily spin to 9000rpm. Mission accomplished!