The June morning sun kisses the tips of the historic buildings of Albany. The bricks glow gold and the cold, blue streets begin to warm. A light breeze blows the last of the autumn leaves from the trees. They roll along the ground and up, over the curbs. It seems like just another glorious start to the day, for one of the state’s most picturesque towns, but the tranquility is about to be violated. 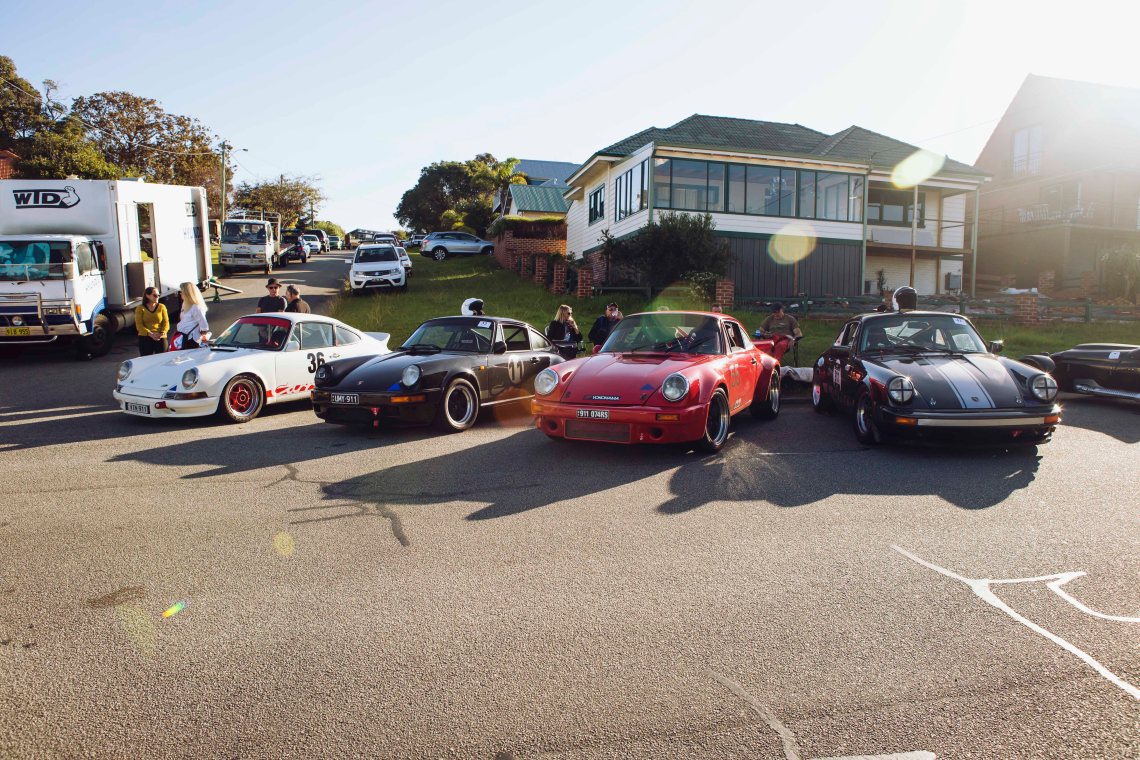 In the distance you can hear a roar, an echo, a sound that is building. Far away on the horizon, between a pair of houses you catch a glimpse of colours – black, red, green, blue and yellow, but they are all just a blur. The energy builds as you can hear that noise getting closer and closer. The long shadows on the corner up ahead are getting shorter and shorter and then it hits you – Bang! Bang! Bang! A furious procession of 500-plus hp beasts hurtling around the bend sideways, the serenity is completely extinguished. In just a few seconds they have swerved around the next corner in front of you and have bounded out of sight in a haze of tyre smoke and burnt fuel. It is the last thing you would expect on the roads of a country town. The action is incredible.

What you are witness to is the Great Southern Weekender Albany Classic – an event that is like no other in the state of WA. In this day and age, it is a true blessing that an event like this can actually still exist. Extensive support from the City of Albany and the local business community allows for the centre of the town to be closed to regular traffic during the event. Hundreds of volunteers overnight transform the city streets into a fast, but safe street circuit that offers some of the country’s best spectator viewing.

It is a little known fact that street racing in Australia was born in Albany back in 1936. It was a time well before the construction of dedicated race tracks. Gentleman who wanted to race their cars had to do it on main streets of country towns, which thus spawned the name ‘Around the Houses’ racing. The first race was named the Albany Tourist Trophy and was based on the European style of racing. It was to be conducted over 25 laps of a 4.0km road circuit passing through the centre of town. Weeks prior to the event, the town went into preparation bitumising the town’s streets, erecting barricades, and sweeping loose gravel away from corners. It was expected that cars would reach speeds of 145km/h as the racers passed the York Street intersection.

A huge crowd of more than 10,000 attended the first of a highly successful series of races that continued for nearly 30 years. In the ‘60s, elevated insurance costs put pay to the event, but in 1991, a loyal group of enthusiasts from the Vintage Sports Car Club of WA cranked the event back up again, and the local council has never looked back on what is their largest cultural event on the calendar. 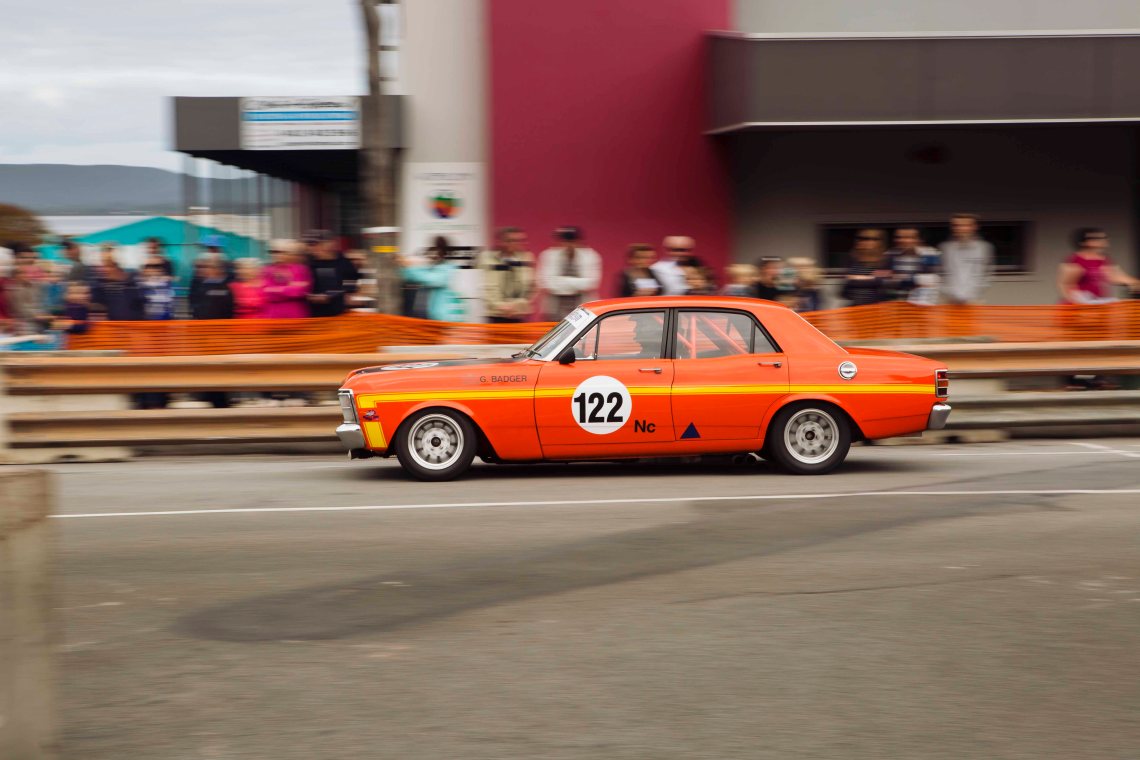 This spectacle of historic motor sport presents a wide variety of cars right from vintage wire wheels, post-vintage and classics, as well as open wheel racers and big cube, muscle cars. All types of historic race cars are welcome and several even wear WA licence plates.

The event is part of the WA Regularity Championship which sees the winners not necessarily being the fastest cars, but rather the drivers who get the closest to their nominated times. Points are deducted for times over or under the nominated time. The person who scores the lowest number of points is the winner. In saying that, egos are always tested and the boys in the modified V8s go hell for leather to outdo each other for speed and showmanship. One official quipped to me, “I don’t know what these blokes eat at lunch, but they get bloody angry as the day goes on.” And yes, he was right. It is literally bumper to bumper stuff.

There is no denying the modified Toranas, GT Falcons and Commodores are the standouts for the crowd, but the Escort’s, Datsun Zs and Mustang’s all play their part in the entertainment, and are quite often the overall winners. The real old girls are a pleasure to watch too – the likes of Bartlett’s, Bentley’s, Terraplanes, Jaguars and MGs all add to the spectacle. You can’t help but enjoy stepping back in time watching these cars in particular, and imagining the glamour and style of the eras gone by. It is a full day or racing and something you honestly can’t get tired of. The multi-tiered pits are open to everyone and it isn’t rare to see drivers posing for photos with kids and then dropping the younger generation into the race seats. The smiles all round tell the story. I was happy to go from corner to corner, taking photos, talking to other spectators and just taking in the atmosphere. You can’t go wrong with this event, or the town of Albany for that matter. Do yourself a favour, head down some time to checkout the action! 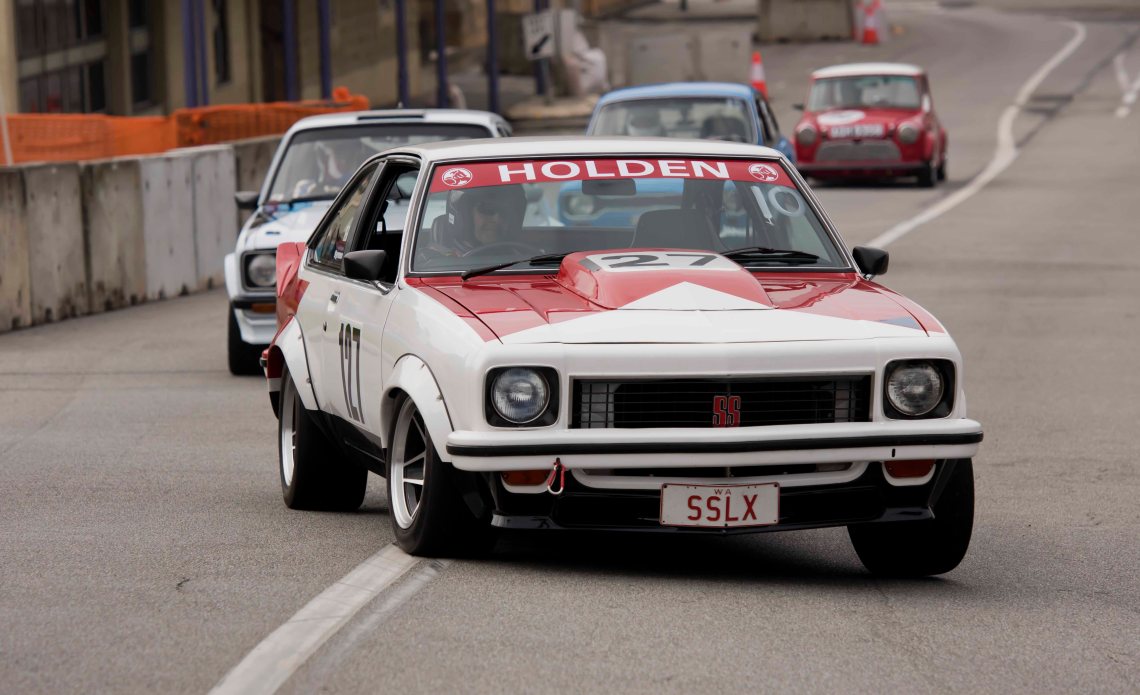 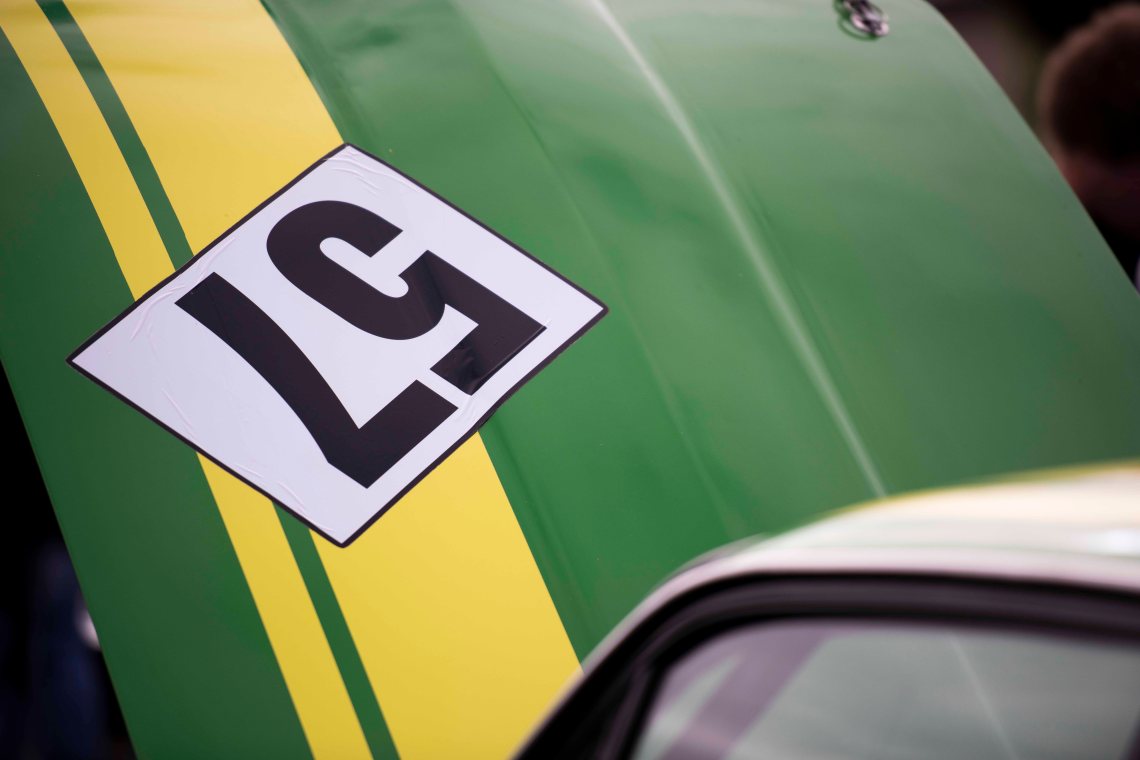 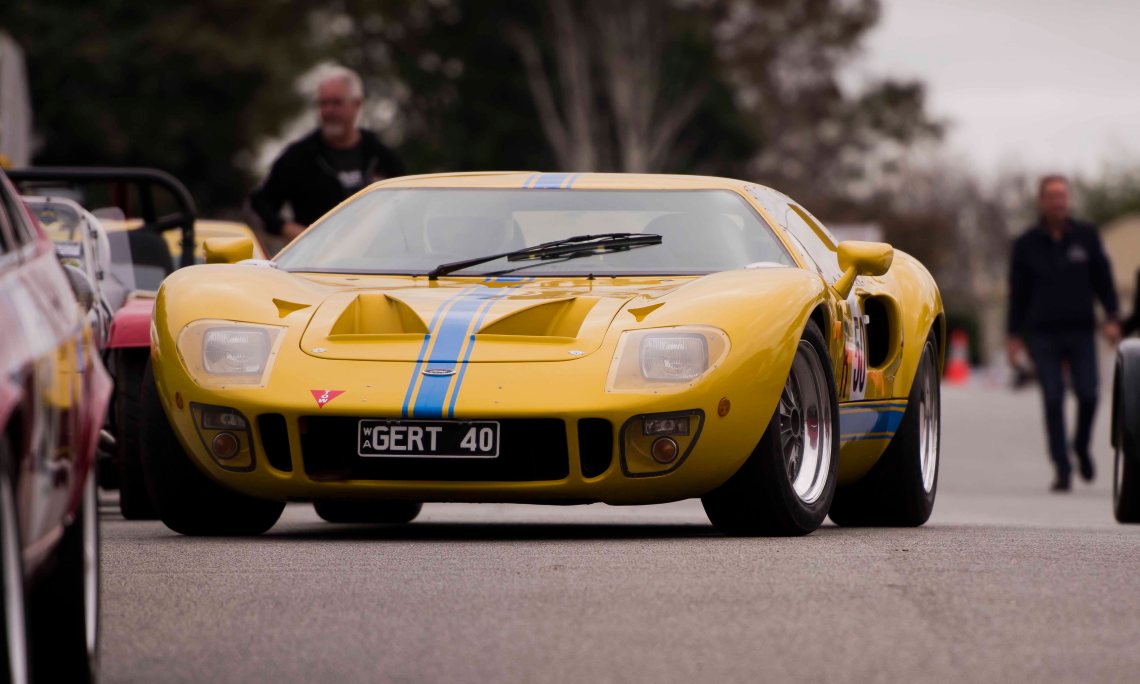 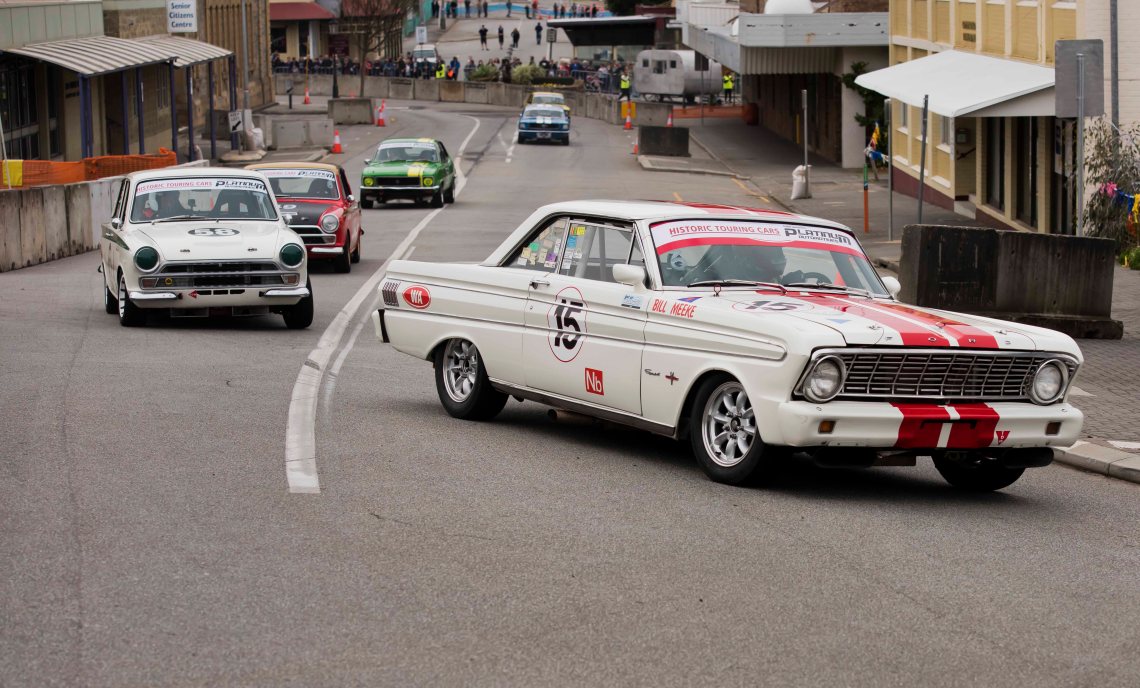 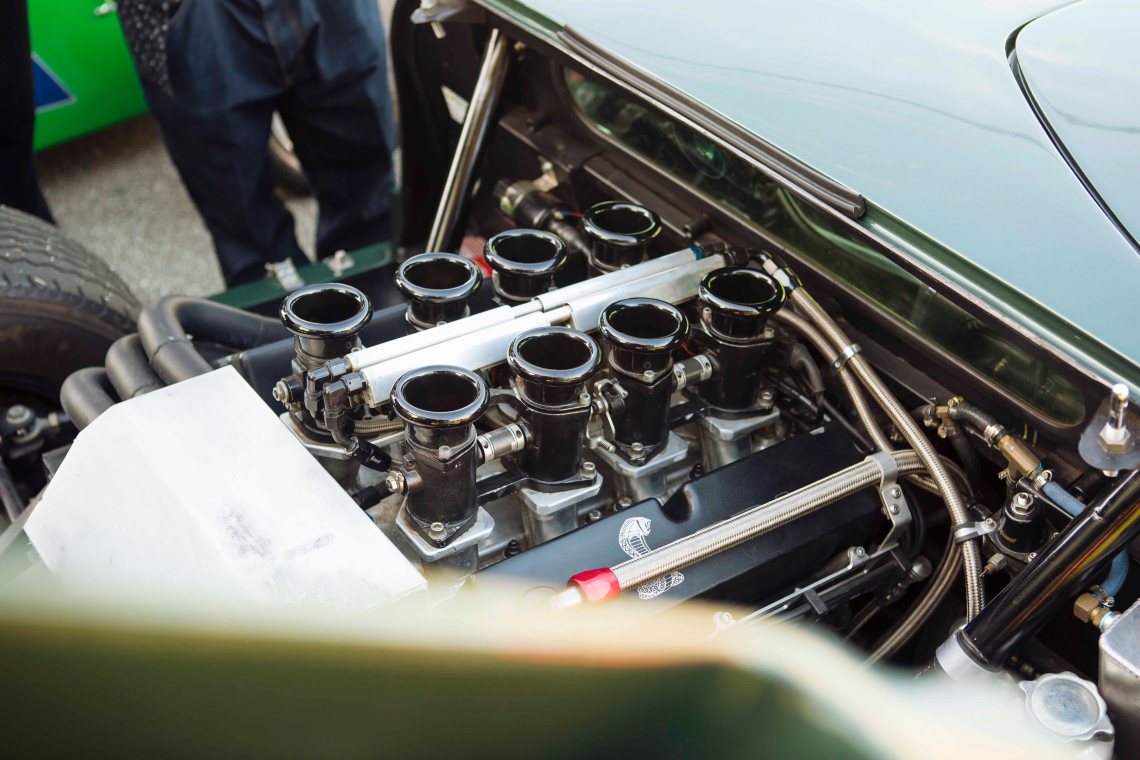 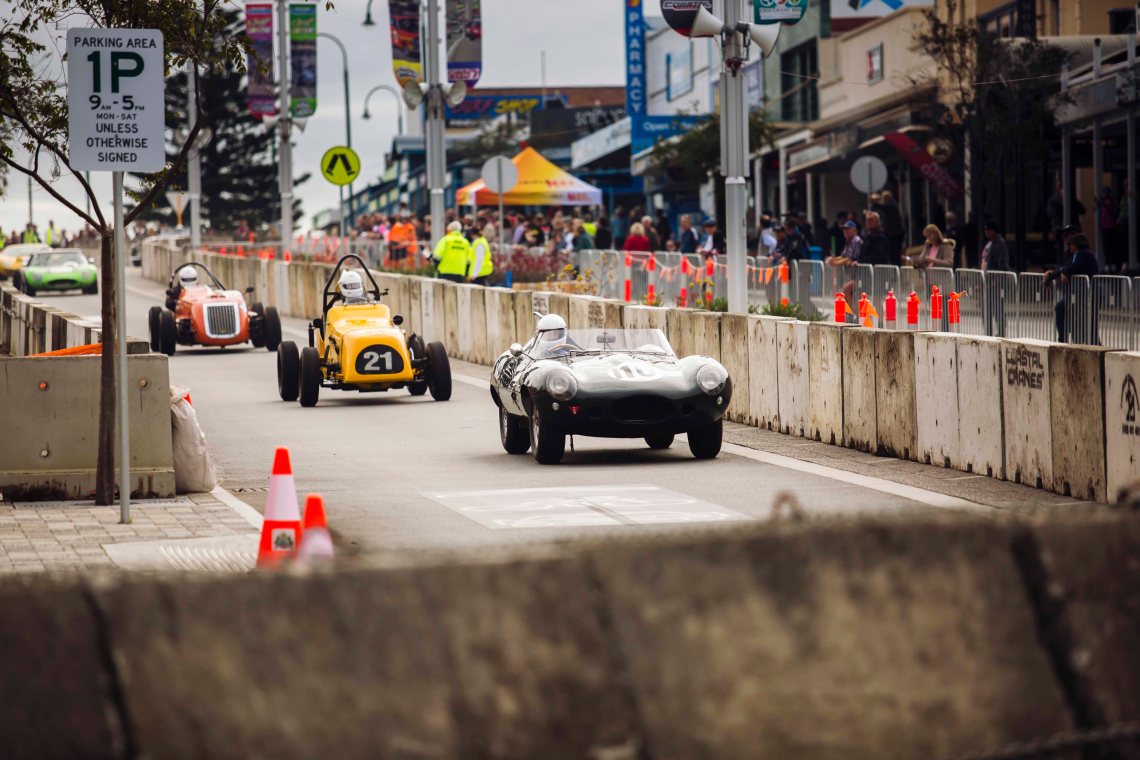 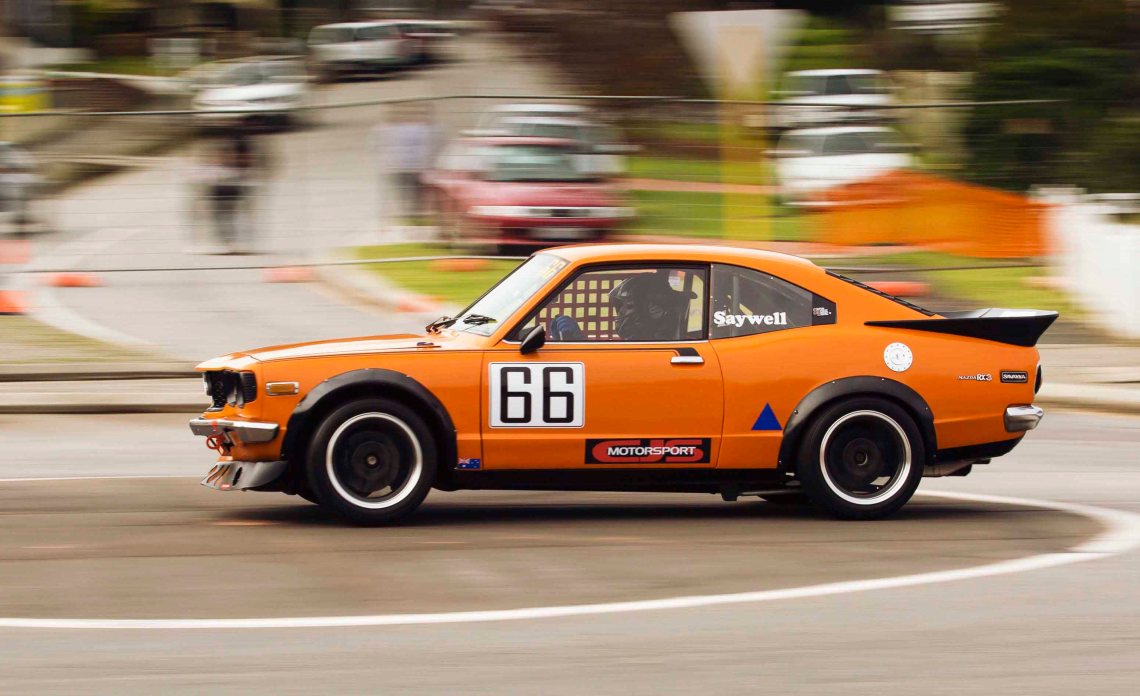